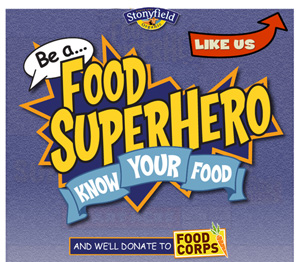 Late in 2009, Nestlé issued a press release in the UK to announce a fair-trade version of its Kit Kat candy bar. Traditional print media picked it up, but it didn’t attract much buzz on the internet. A few months later, Greenpeace created a graphic video parody of the Kit Kat campaign showing an office worker unwrapping a Kit Kat and feasting on an ape’s finger. Then the story came alive.

Greenpeace used the video to draw attention to Nestlé’s use of palm oil from Indonesian rain forests. Nestlé reacted as most aggrieved companies would: by demanding that the video be removed immediately. This only touched off a kerfuffle on Twitter and on Nestlé’s Facebook page; a “boycott Nestlé” Facebook group sprang up. And the result? The video is still on the web.

Nestlé and many others in the food industry are trying to catch up to societal attitudes on corporate responsibility and concerns about obesity and the state of health. These firms may reduce portion sizes, change packaging, adjust recipes and ingredients, or disclose calorie information. But many of these same firms also have a checkered reputation, having grown fat by helping people get fat. So the question is, Should they publicize their new “healthy” initiatives or should they lay low and not invite negative buzz?

To answer this question, researchers Kolk, Meg Lee, and van Dolen (U Amsterdam) studied the online reactions to corporate announcements relating to health-related initiatives. They tried to determine which announcements generated the most buzz, positive and negative, and which were ignored.

One of the first things they noticed was that most of the press releases from food companies during this period fell into the “taste” category. Virtually none were related to cost or convenience. “Despite the recent debate and suggestions concerning ‘supersizing’ and serving portions, companies have opted for communicating about adapting the taste to address health concerns and about engaging in an educational role,” the researchers wrote in the journal California Management Review.

* Forty-two percent of the press releases generated responses in the blogosphere — generally positive rather than negative buzz. Press releases on topics relating to taste generated significantly more, and also more positive, responses than those relating to knowledge.

* Food companies generally got a rough ride online when they announced initiatives that deviated from their core products. Examples: KFC’s launch of grilled chicken and Coca-Cola’s acquisition of Honest Tea. “This interplay of message framing and consumers’ original beliefs or perceptions is not always easy to forecast,” the researchers concluded.

* Starbucks and Coca-Cola stood out for having the highest number of blog posts and comments, but for different reasons. Starbucks attracted mostly positive buzz, Coca-Cola mostly negative. In the social media world, Starbucks no doubt is helped by its dedicated army of brand enthusiasts.

Trying to anticipate how a story will play in the blogosphere is a bit of a mug’s game, as the researchers themselves admit. “How could one predict that the claim that Coca-Cola’s Enviga green tea helps to burn calories would be perceived as false and/or annoying, while the statement that vitamin-added Diet Coke is something extra healthy for Diet Coke drinkers would be welcomed and seen as acceptable?” they ask. “To say that something helps to burn calories or that it is healthy appear to be two different things to bloggers, considering the divergent reactions.”

The researchers advise companies wishing to maximize the impact of their press releases to emulate the Starbucks approach of engaging consumers both offline and online. Setting up a corporate blog and creating continuous conversations are good starting points.

« Facebook, the batty granny that you try to ignore
Mapping a sacred space »