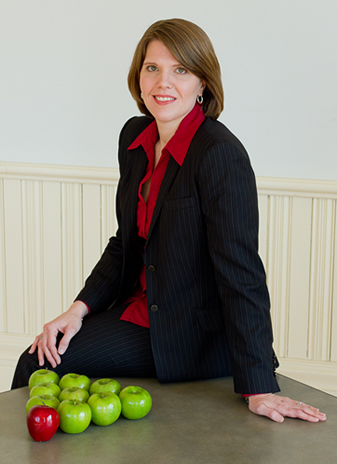 You can think of Queen’s School of Business Associate Professor Jana Raver as an organizational immunologist. Raver has built an international reputation for her scholarship in toxic workplaces: specifically, in interpersonal relations, group processes, and culture. How and why do we undermine one another? How can behaviours be shaped for the better?

I interviewed Raver for an article in Queen’s School of Business Magazine. We talked about her research into “destructive criticism,” the withering, disrespectful feedback that attributes poor performance to a person’s character. Raver and her colleagues focused on trait competitiveness — the degree to which people define themselves as being superior to others and strive to maintain superiority. This is a key factor that influences how people interpret criticism.

They found highly competitive people on the receiving end of destructive criticism are indeed motivated and say they will work even harder to prove themselves and maintain their superiority. But they actually perform worse. They perceive the criticism as an attack on their self-identity, so their performance suffers as they obsess over the criticism rather than bear down and perform the task at hand.

People scoring low on competitiveness don’t have such issues. They may not like experiencing destructive criticism, but their jobs are not as central to their identity. As a result, when faced with such harsh feedback, they are better able to focus on doing what’s necessary to better perform the task. Perversely, destructive criticism may even motivate them.

One of Raver’s other research projects looks at the impact of highly agreeable and disagreeable people on overall team performance. Raver and her colleagues found that students who were abrasive and didn’t care what others felt had a particularly strong and corrosive impact on team collaboration, which eventually rubbed off on others and created dysfunctional dynamics. Not even adding “good egg” workers to a team is enough to overcome the effects of a “bad apple.”

Read more about these studies in the QSB Magazine article