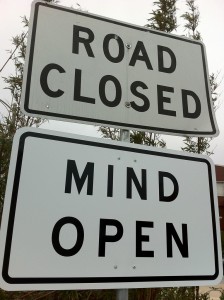 One of the hot debates in communication studies relates to the power of the internet to shape and change attitudes. Does the web broaden peoples’ views or make them more polarized?

There are two dominant schools of thought: selective exposure theory states that people tend to favour information that reinforces pre-existing views and to avoid information that may challenge those views. Unlike a newspaper or magazine that offers diverse opinions (I know, a debatable proposition), the web makes it easy for us to navigate to only those sites that are consistent with our attitudes. Cross-cutting exposure theory holds that the internet is an emerging public sphere in which people are inevitably exposed to divergent perspectives. Cross-cutting exposure tends to increase political tolerance for opposing views.

Wading into the debate, Choi (Ewha Womans U) and Lee (Kyung Hee U) designed an experiment that tracked the internet navigation patterns of 130 Korean university students. The researchers developed an online website with hyperlinks to six sets of positive and negative articles relating to the Korea-U.S. Free Trade Agreement (FTA), a hot-button issue in Korea. They divided supporters and opponents of the FTA into two groups: those who engaged in cross-cutting and those who did not.

This is what they found:

Do you navigate to sites that support your attitudes or are you a brave cross-cutter? Respond below.

But did the participants’ attitudes toward the FTA change after the experiment? To find out, Choi and Lee measured pre- and post-navigation attitudes, and found that differences in opinion between pro- and anti-FTA narrowed significantly. “Those participants who initially supported the FTA showed more negative attitudes after their navigation, whereas those who initially opposed it showed more positive attitudes,” the researchers report. “Neutrals were least likely to show some changes in their support level for the FTA after their navigation.”

The researchers found that supporters who engaged in cross-cutting between “for” and “against” web pages showed a higher level of convergence toward the middle after their navigation than those who did not.

Choi and Lee hold out hope that cross-cutting does occur, and that views become more nuanced as a result. “Supporters and opponents softened their strong positions in favor of the opposing view after viewing the online articles. Although both groups continuously chose and navigated news articles that corresponded with their preformed attitudes, cross-cutting in the early stages of navigation exposed these groups to opposing views and helped to adjust their level of support.”

I have to admit that, even with my journalism training and experience, I don’t seek out competing viewpoints/websites nearly as often as I should, particularly on issues that hit closest to home. How about you: do you navigate to sites that support your attitudes or are you a brave cross-cutter? Respond below.