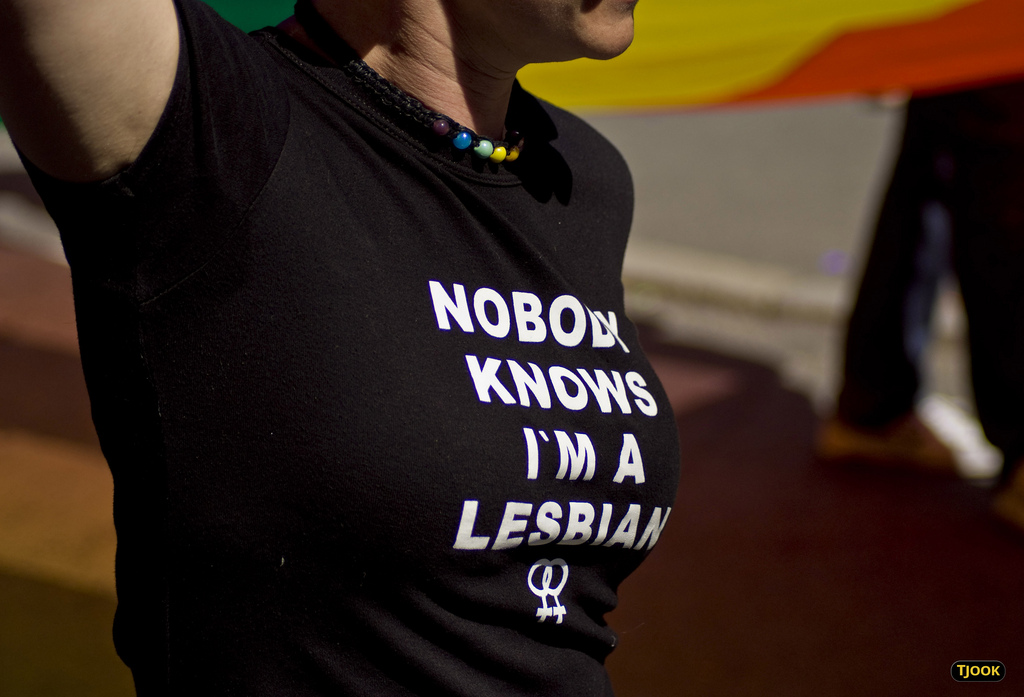 T-shirts are so ubiquitous and bound up in our consumer and pop culture that it’s easy to overlook them as deliberate communication platforms.

Sure, we display our tribal affiliation by wearing T-shirts imprinted with the logo of our alma mater or favourite sports team. But more interesting to me are those T-shirts designed and worn to deliver a social or political message, such as the “Black Bart” tee-craze in the 1990s that depicted Bart Simpson as an African American.

Political slogans first appeared on T-shirts in the 1940s, according to sociologist Diana Crane, author of Fashion and Its Social Agendas: Class, Gender, and Identity in Clothing. According to Crane, technical developments in the 1950s and 60s, such as plastic inks, plastic transfers, and spray paint led to the use of coloured designs. These, in turn, triggered a boom in graphic T-shirts with messages of social change.

Long before Twitter, T-shirts were seen as subversive tools. Crane writes about the case of a Chinese artist who, in 1991, created T-shirts bearing humorous statements, some of which had mild political undertones. “The T-shirts were enormously successful with the public but were perceived as ‘a serious political incident’ by the Chinese authorities,” she notes. “The artist was arrested and interrogated, and the T-shirts were officially banned. Thousands of them were confiscated and destroyed, although many Chinese continued to wear them.”

Knowing the mechanics of mass mobilization, the Chinese authorities were rightly concerned. More than 50 years ago, philosopher Hannah Arendt argued that the basis of political action is disclosing your views in the public realm, which is why, Arendt wrote, the Romans opted not to impose a dress code on slaves lest they see their great numbers and harness that power.

Graphic T-shirts fit neatly into this storyline. Inexpensive to create, they turn attention seekers into walking billboards. Communications researcher Joel Penney (Montclair State U) writes that “the very form of T-shirts as popular leisurewear — following wearers as they move across the various spaces and places of their everyday lives — allows these messages to traverse the boundaries between subculture and mainstream, public and counter-public.”

Penney’s research, published in the journal Popular Communication, provides an interesting look at how gays and lesbians used graphic T-shirts to announce their presence in the public sphere and to build solidarity. Penney studied newspaper and magazine articles from 1977 to the present, explored the displays at a number of museums in the U.S., and interviewed young adults who wear T-shirts featuring gay and lesbian themes.

The story begins in the 1970s. At gay and lesbian pride events of the time, the symbols displayed on T-shirts were sometimes coded to protect those who wore them from potential harm. Penney came across a news report on the 1982 Gay and Lesbian Pride Day in Washington, D.C., “that describes T-shirts worn by a group called the Blue Ridge Lambda Alliance, a Virginia based gay community organization; if the use of the Greek Lambda symbol was not coded enough, the group’s T-shirts showed only the initials BRLA and nothing more. According to the news report, ‘when asked, some members said they belonged to the Blue Ridge Liturgical Association.’”

As the decade wore on, though, gays became bolder about advancing the theme of gay liberation via T-shirt slogans such as “Gay Freedom,” “No Gay Holocaust in the U.S.A.,” and “Support Gay Schoolworkers.”

By the 1980s, T-shirt slogans referred explicitly to the bodies and identities of their wearers — “We’re Here, We’re Queer, Get Used To It.” Penney notes that, “This self-referencing trend was also reflected in designs spotted by reporters covering the 1987 National March on Washington for Lesbian and Gay Rights, as participants openly declared their ‘out’ identities with messages such as ‘Dyke From Ohio’ and ‘Kiss Me, I’m Gay.’”

This was at a time when AIDS was sweeping through the gay community and businesses were trying to adapt, clumsily, to the public health issue. Northwest Airlines, for example, had a policy of refusing service to AIDS patients. In 1987, Vietnam veteran Leonard Matlovich attempted to board a Northwest Airlines plane in San Francisco wearing a T-shirt with the slogan “I’m a Human with AIDS.” Matlovich made national news when he was prevented from boarding the plane.

In the 1990s, the slogans on gay-themed T-shirts were more celebratory in tone. Penney notes that the most popular T-shirt designed by humourist-entrepreneur Skyler Thomas, featured the slogan “Nobody Knows I’m Gay.” “Not only did the T-shirt publicly announce the sexual identity of the wearer, but it also indicated that wearer’s sense of humour, a disarming gesture that may have helped to humanize her or him to a potentially hostile society.”

Penney interviewed one person who said she wore a T-shirt with the “Legalize Gay” design as a way of helping make pro-gay and lesbian advocacy messages commonplace. “If gay things are talked about more normally and more frequently,” she said, “I know it would be less weird, and we would have our rights . . . it would just be normalized in society.”

Penney says graphic T-shirts can both boost positive self-identity and project these identities out to the broad public. “The fact that many participants [in the study] cited both of these motivations for wearing their gay and lesbian-themed T-shirts illustrates how these mobile material objects work to blur the boundaries between participation in public and counter-public discourses.”