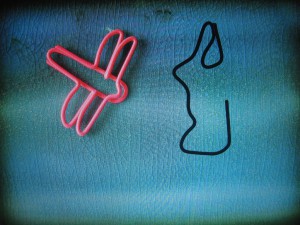 Put upon by demands at work and home, people in highly developed countries feel their creativity is being nipped in the bud. That’s one of the conclusions of the recently released State of Create report, sponsored by Adobe. The survey of people in the U.S., UK, Germany, France, and Japan is a global benchmark on attitudes and beliefs about creativity at work, school, and home.

Respondents in all five countries reported that lack of time and money were the biggest challenges to being more creative. Other barriers to creativity included self doubt, other personal or work obligations, and age.

Here are additional findings that I found noteworthy:

I think this last point is the most telling.

Notwithstanding the mayhem we may see around us, the world is getting “smarter.” Various measures of intelligence show rising IQs. In recent years, average scores on the Scholastic Assessment Test, which measures aptitude for verbal and mathematical reasoning, have increased as well. These are the happy dividends of improved nutrition, reduced inbreeding, and increased affluence.

But intelligence doesn’t make for creativity. Indeed, judging from test scores in the U.S. over the past decades, creative thinking is plummeting. Researcher Kyung Hee Kim (College of William and Mary) mined the scores from the Torrance Tests of Creative Thinking (TTCT). The TTCT was developed in the mid-1960s and is now considered the best predictor of creative or divergent thinking. Kim studied samples from almost 275,000 kindergarten through grade 12 students and adults, going back to 1974.

The decline among young children “is especially concerning as it stunts abilities which are supposed to mature over a lifetime,” Kim wrote. “The decrease of creative thinking for younger children probably arises at home rather than in schools, because kindergarteners and first graders tend to be influenced more by home than school, or possibly both environments contribute to the effect.”

Whatever the root cause, this does suggest that the decline in creativity goes deeper than the lack of time or money at our disposal.

« Real fun, fake fun, and a lesson from Swedish meat packers
Shining the boss’s CV: when culture rears its head »