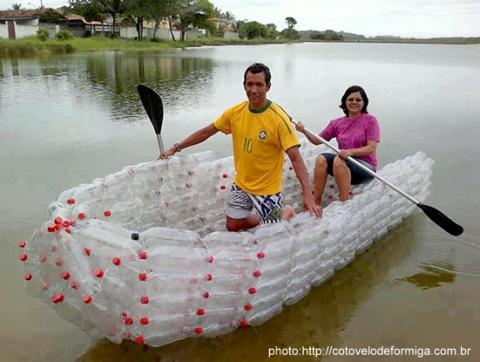 While visiting his family in India, Suchit Ahuja was treated to a master class in frugal innovation. As a PhD student at Smith School of Business, Ahuja was familiar with the concept. Frugal innovation refers to the process of reducing the cost and complexity of a good, stripping down its production, and focusing on its affordability, accessibility, availability, and sustainability.

Some of the frugal innovations Ahuja saw were on a modest scale: a man operating a food cart, for example, used a car battery to power his tools and food processing equipment. When he returned to collect data for his dissertation, he found more ambitious examples, such as a garbage collection and recycling ecosystem driven by a mobile app. Through the app, volunteers are recruited, trash is segregated, and reports are issued on how much and what type of garbage is collected and where it is being processed.

“All of the people who are responsible for garbage recycling and processing are now finding dignity,” Ahuja told me. “Their entire livelihood has changed and improved radically because this implementation of IT has helped them find a new identity. They’re now seen as valuable members of society, helping recycle and keep the city clean.”

Ahuja was struck by the enabling role of information technology in such resource-constrained environments, marked by the lack of access to basic resources such as electricity or even non-existent infrastructure. “I saw a lot of other implementations of how people were using IT to solve problems that would otherwise be addressed by governments,” he said. “Food, public health, education, taxation, sanitation. It’s all becoming possible because of the access we now have to emerging technologies, mobile phones, and analytics applications. One of the key aspects is, how do you innovate for affordability and sustainability at the same time?”

Back at the Smith School of Business, Ahuja teamed up with his dissertation supervisor Yolande Chan, E. Marie Shantz Professor of IT Management, to develop a model for what they call “frugal IT innovation,” a variation of frugal innovation in which IT takes the leading role. They came to see frugal IT as having three dimensions: business innovation (in business strategy or cost structure), technology innovation (influencing products, processing, agility), and social innovation (driving sustainability or social entrepreneurship).

Firms that practise frugal IT see opportunity in adversity — for them, constraints actually drive innovation. They know how to do more with less, think and act with flexibility, and engage local communities and partners in setting up a grassroots value chain to locally build, deliver, and support their solutions.

Significantly, they are also less likely to be beholden to legacy IT systems and processes, which gives them the freedom to source low-cost IT strategies. Research has shown that they often spend a larger percentage of revenue on digitization than more mature firms and are faster to market with new offerings. They achieve it by leveraging emerging IT technologies and open source platforms: social media, mobile computing, analytics and business intelligence, cloud computing, and the Internet of Things.

Successful practitioners of frugal IT focus more on value creation than on developing intellectual property for later use. Ahuja says companies can bring a lot more intellectual capital on board by creating digital platforms that enable new ideas and products to be generated by customers, vendors, and suppliers in collaboration with the firms.

Frugal IT innovation is not only a paradigm for emerging economies. Many of the constraints and challenges faced by firms that operate in emerging markets are also faced by firms operating in rural areas of developed markets. Challenges such as access to a highly skilled workforce or potential investors, an ecosystem for developing networks, and basic IT infrastructure such as broadband internet connectivity are common.

There are lessons for large firms as well. Some multinationals, such as General Electric, are now designing basic products such as affordable medical devices in developing countries, sometimes with the intention of selling them in developed countries. Renault-Nissan even operates a centre for frugal engineering in India. In some cases, separate sales teams and distribution channels are being built to support these lines.

« Quality Matters. So Does Trust
What Good is Patriotism? »