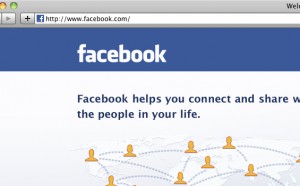 You can probably make a strong case, based on anecdotal evidence, that most large companies view Facebook as a necessary evil, the price of admission in communicating with consumers. More than any other communications channel, Facebook and its social media ilk are messy sandboxes that are difficult to keep clean. Give people a platform and they are just as likely to complain about your self-absorbed salesperson or dubious record in corporate ethics.

Social media experts argue that negative feedback is actually a great opportunity to turn around disappointed customers and showcase a caring and less defensive attitude. It’s a variation on that old chestnut, “There’s no such thing as bad publicity.” Do the marketing or communication professionals in large companies follow this advice? Not really.

Sam Dekay (BNY Mellon Corporation) launched what he called the first quantitative study of how major corporations respond to negative feedback generated by Facebook “fans.” He looked at the official Facebook pages of the top 10 companies in four industry groups — banking, retailing, software and services, and household and personal products. He calculated the number of negative comments posted to the pages and analyzed corporate reactions.

“The study revealed that, at a minimum, 48 percent of the sampled corporations are likely to engage in the practice of deleting negative comments posted to official Facebook pages.”

Here Dekay is on shaky ground; how do you find direct evidence that a critical comment was deleted? Dekay searched for indirect evidence, such as sampled Facebook pages that contained only positive comments. Unfortunately, there are holes in this methodology.

Dekay found that retailers were much more likely to respond to negative comments than those in the software and services sector. No companies in the household and personal products sectors bothered to respond to their critical Facebook fans. Dekay also found that, in many instances, fans defended the company’s products, services, or practices; he figures many of these defenders were actually company employees.

To be fair to companies, many may simply want to ignore known trolls who get their kicks by being online cranks, or may not want to risk inflaming an already hot situation.

Dekay suggests that companies seeking to avoid a high volume of negative comments should consider “mixing explicit marketing discussions together with ‘fun’ threads that lack a marketing focus.” Companies employing this strategy include Nike, Walgreens, and Target.

The study was based on data from 2010 and 2011, and companies have likely become more savvy and forward-looking in how they maintain their Facebook channel. But I suspect that these findings still describe the reality for the majority of large corporations with a Facebook presence.

Part of what’s going on here is a reflection of who controls the official Facebook page in large companies: marketing or communications/PR? These are two beasts, with overlapping skill sets but vastly different perspectives. (Marketers are more sly and strategic and are not afraid of data, but I digress.) Communication professionals, who understand that we are now in the “conversation age,” are in a better position to be in the Facebook driver’s seat.

L. Capozzi and L. Berlin Zipfel (New York U) recently argued in the journal Corporate Communications that social media are now so important and ubiquitous because they give consumers a greater voice in their dealings with companies. They cite a study that found 74 percent of customers choose companies based on customer care experience shared by others in online forums.

They suggest PR people should step into the breach, keeping in mind these core principles:

Align actions with words (“organizations need to be consistent with their messages and actions, establishing a more information-based dialogue that is begins with advise and consul, not communication”)

Manage relationships with multiple stakeholders (“there are new influencers across every channel [from bloggers to consumer enthusiasts] with whom organizations must engage in real-time conversation. It has become essential for corporations to demonstrate their ability to deliver profit and also enact a social purpose”)

Communicate without prejudice (“it is becoming increasingly necessary for communications professionals to possess the tools and capabilities to observe and predict consumer behaviors, needs, and desired mechanisms of response”)

Ultimately, the answer lies in the tighter integration of communications and marketing. But that will require communicators to develop greater business and strategic acumen, marketing literacy, and commitment to accountability via data.