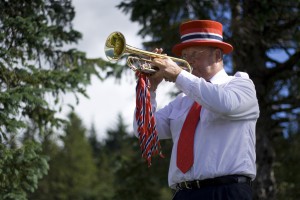 So you’re the corporate spinmeister, and your assignment today: write a profile of the CEO that makes him/her look competent and on the ball. What do you focus on?

Impression management is defined as the process by which people seek to influence impression others form of them. In the case of CEOs, the stakes are high, since their reputation can make or break a corporation’s reputation.

To examine varying approaches to impression management, Pollach (U Aarhus, Denmark) and Kerbler (U Vienna) performed a content analysis of CEO profiles culled from corporate websites of 200 large North American and European companies.

“Leadership roles in associations, the CEO’s social stance, nominations in the press, and the CEO’s involvement in political activities play a bigger role in the construction of CEO competence in North America,” Pollach and Kerbler write in the Journal of Business Communications. “Whereas CEO profiles of North American companies show CEOs as active participants in social, political, and public life, European CEOs are presented as primarily business-focused.”

In both the North American and European samples, CEO profiles most commonly contained information on the CEO’s previous positions and the year in which he or she joined the company. After job-related information, education was the most frequently used category, found in about 75 percent of all profiles. Awards earned was commonly used as well.

The CEO’s success on the job was mentioned explicitly in more than one quarter of North American profiles and in several European profiles. In these profiles, the researchers report, the company’s success was attributed to the CEO’s competence. Masters of the Universe.

While the CEO’s age frequently showed up in the Germanic and Latin European profiles, it was significantly less evident in North American and Anglo profiles.

Ditto for nationality, which showed up more often in Germanic and Latin European profiles.

On the other hand, profiles of North American CEOs were much more likely to contain references to political involvement and military service.

The researchers write: “When CEO profiles talk about philanthropy and welfare organizations, the CEO is sometimes presented as the causal agent of corporate giving, for example, when voluntary hours contributed by employees are presented as the CEO’s achievement. This only occurs in North American profiles, and European profiles in fact rarely talk about philanthropic activities.”

« Why are we smarter but less creative?
Communicating corporate social responsibility to Generation Me »