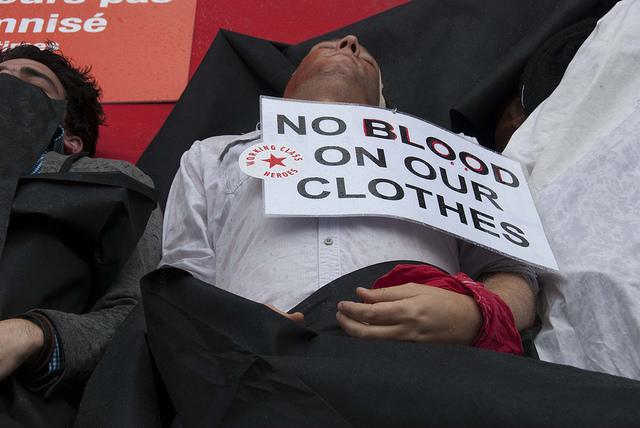 On this plane of existence, there are very few saints and an awful lot of sinners; in the corporate world, it’s even more crowded. So if your mission is to name and shame sinful firms, you can pick off your targets blindfolded.

But activists who want to rally public support against industry practices have to make choices. Strategically, when they embark on a campaign, which companies get the flash mob and which the free pass? Is it the company that has invested in corporate social responsibility (CSR) and has a good reputation or the company with the consistently poor track record?

Brayden King and Mary-Hunter McDonnell (both of Kellogg School of Management) studied this issue and came up with an answer that is both surprising and logical. They collected information on all U.S. boycotts targeting publicly-traded companies that were covered by top national newspapers from 1990 to 2005, and matched each boycotted company up with company-specific financial data and reputation rankings.

They found that firms in the highest reputation category were almost six percent more likely to be targeted than firms that were not listed in the reputation rankings at all. “This evidence suggests that for all of their positive benefits,” they write in a working paper, “attempts to enhance CSR and reputation may have an unintentional negative side effect: they amplify a firm’s attractiveness as an activist target.”

Why should this be so? Shouldn’t firms at least trying to be socially responsible benefit from a halo effect? King and McDonnell say that, on the contrary, such firms are prime targets for activists. “If activists see their goal as not only to coerce firms into dropping bad policies and practices but also to increase general awareness about a social issue, then activists have incentives to go after firms that will maximize the likelihood of garnering attention and outrage. High-status firms with identities grounded in prosocial behaviour should attract more attention for perceived normative violations than firms that are not seen in an equally positive light.”

Firms with a stated commitment to social responsibility are also more vulnerable to employee and shareholder discontent if they are seen to act irresponsibly. That would explain why a company such as Starbucks Coffee, with its stellar CSR credentials, would be a frequent target for activists trying to drum up support for a cause.

This phenomenon showed up in another study, recently published in the American Sociological Review, that examined the anti-sweatshop campaigns of the 1990s. Media-savvy organizations such as the National Labor Committee effectively shamed a handful of apparel companies, notably Nike and The Gap, while other equally guilty companies such as Abercrombie and Fitch and Haggar got off easy.

Tim Bartley (Ohio State U) and Curtis Child (Brigham Young U) built a comprehensive database of anti-sweatshop campaigns in the apparel, textile, and footwear industries from 1993 to 2000 and matched it with 151 U.S.-based firms in these industries. Almost 27 percent of the firms in their sample were implicated in anti-sweatshop campaigns at some point.

They found that large companies with substantial brand investments and positive reputations were guaranteed to attract social movement pressure. “Once companies became targets, they were likely to continue to be scrutinized, even as others (including some aggressive globalizers) flew under the radar.”

So the message to companies that are engaging in community outreach, investing in philanthropy, and rolling out CSR initiatives is that they are only exposing themselves to the threat of future activist targeting.

Meanwhile, firms with consistently poor reputations in this regard, who think that CSR is for sissies, have fewer incentives to clean up their act, knowing that activists will give the unrepentant bad boys a pass.

Is that what activist organizations really want?

« Canadian Activists and Social Media: Not Quite a Love Affair
Is Transparency a Greater Priority for CEOs Than Corporate Communicators? »